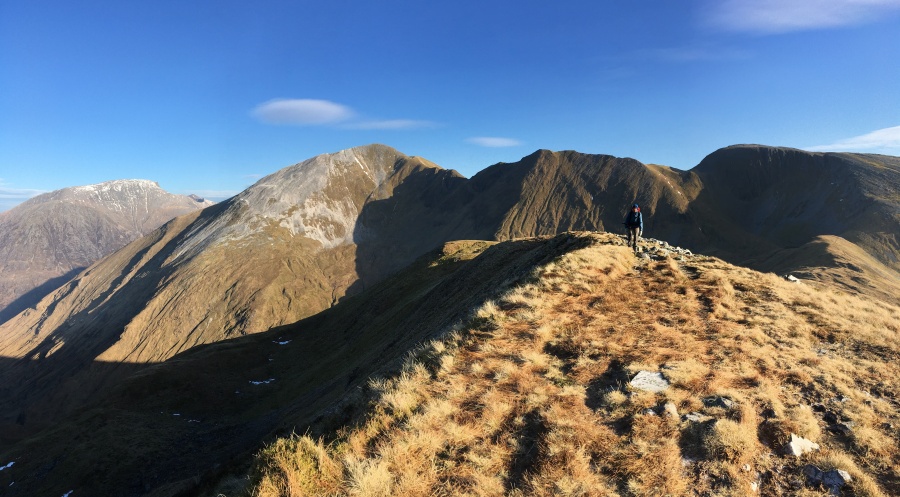 Great Britain and Ireland, along with over 6000 smaller but not insignificant islands make up the British Isles; over the last three months, somewhat unintentionally I’ve managed to find myself visiting 4 out of the 5 Capital Cities that make up the nations of these islands… even if some of the visits were somewhat on the brief side…

It’s been a very different winter this year, not least for me having had 6 weeks of the (southern hemisphere) summer sandwiched by what has mostly been a relatively calm and mild period weather-wise. A stark contrast to the storm-punctuated winter of 2015-16. I’ve had some great excursions in the mountains, from Scotland to France (the Lake District in between). Updates and photos to follow. As for New Zealand, that trip certainly falls into the ‘epic’ category. The photographs are sorted and over the summer I’ll be preparing a longer format dossier that will complement the forthcoming ‘Aotearoa; Journeys into the Long White Cloud’ talk that will be out and about at various venues from next winter.

After our long travels to, around and back from the upside-down world, we landed back into a very bare and sepia-toned England on a clear, sunny winters’ 17th January. Heathrow was very much as we had left it weather-wise on 1st December, our Singapore Airlines A380 even deposited us at the exact same gate from whence we set-off.

After a short period of settling back in, I had the next outing of the ‘Treading Lightly’ talk at the Chester Globetrotters Club on Saturday 21st January. A lovely group and historic venue at the Grosvenor Museum. After the talk, the group re-convened in the ‘Golden Eagle’ pub just around the corner. Very appropriate choice given the prominence of the Scottish Highlands in ‘Treading Lightly’.

For our second weekend back in the UK, Imogen and I enjoyed a long-weekend in the West Higlands. Firstly on the Mamore mountains near Fort William with Lorna and Sam and then onwards to our wedding location, Glenuig. We were joined by the Fisher family for a cosy, wintery weekend in a lochside cottage. I returned south overnight on the Caledonian Sleeper, giving me a tick for the Scottish Capital. By far the briefest visit of all, this consisted only of the dreary wander along the platform, compulsorary for Fort William ‘seated’ carriage passengers whilst the most interesting shunting operation remaining on Britain’s passenger railways unfolds. The Aberdeen, Fort William and Inverness portions are joined together, whilst the Fort William seated carriage is left behind at Waverley station. It’s passengers, I being the sole represenative on that dark January night, are required to move into the Inverness or Aberdeen seated carriages.

Early in February, in the midst of Six Nations rugby season I made a belated-New Year trip to Cardiff. The new Axe family house is now complete and it was a great catchup with the family and dogs with the usual range of local walks on Garth Hill frequented over the weekend.

Next up on the Capitals tour was Dublin in late-Feb. Completely unplanned and unexpected. I applied to join an Education for Sustainable Development training conference with UNESCO and was delighted to be selected to attend. Given the focus on sustainability, and the bargin that RailSail deals on the Irish Sea provide, there was no-chance of me flying over. I set off, Bromton under the arm for Holyhead and a blustery crossing on the Dublin Swift. The ride into Dublin City Centre was flat and fast(-er than the bus connection almost certainly). Luckily there was a handy tailwind pushing me along too. The conference took place at the Irish Departent of Education and I managed to see lots of the landmark sites either side of the Liffey River, mostly in the darkness of early morning or the evening. Even stronger winds on my return cancelled the Dublin Swift which meant I couldn’t join a final day excursion to the North Bull Island UNESCO Biosphere. Instead I boarded the trusty superferry Ulysees for the longer crossing to Holyhead and waved at my colleagues on the field trip as the ferry pushed out into the strong gale and rough seas from Dublin Bay .

To complete this mini-tour, I spent the first week in March in London. ‘Treading Lightly’ had two outings in the Capital. Firstly, at the friendly little ‘Hand and Shears’ Travel Group, based in an upstairs room at the King’s Head pub near Marylebone Station. This was a group that I’d been introduced to by Nick Crane. This was an evening talk on the first day of meteorological spring (March 1st). A very welcoming and interesting group and I look forward to visiting again next year. I based myself at St. Mary’s University, Twickenham for a few days, staying with Rowan. The following Saturday, it was back up to London town for another rendition of ‘Treading Lightly’ with the Globetrotters Club, this time with the London Branch. The meetings are based in the Church of Scotland Hall near Covent Garden. Again a very friendly and vibrant group and a packed audience made for a fanstastic reception. As with the Chester group, we re-grouped in a nearby pub after the three afternoon talks. I’m pleased to now have the Globetrotters annual calendar on my desk at work and be a card-carrying member of the travel club for independent travellers and travel enthusiasts of all ages that I was introduced to by the President John Pilkington.

The winter ‘talks’ season has now drawn to a close and the longer daylight hours has signalled more time outside than in. I’ve had some great excursions over the Easter period, but I’ll leave those for next time.